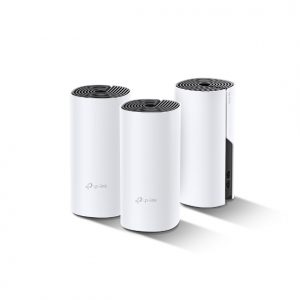 Fast internet and decent Wifi networks are more important than ever – yet many homes here in the UAE, are still dealing with Wifi ‘dead spots’, multiple different Wifi network names, or slow usable speeds even though they pay a fortune to their internet service providers for fast speeds. The latest range of home network ‘mesh’ WiFi networks promise to fix this, blanketing your home with fast speeds and claiming to be hassle free in setup. Today, we review one of TP-Link’s, top end mesh network systems.

The TP-Link P9 is TP-Link’s powerline mesh Wifi system, and part of their deco range. This is designed to give your home full Wifi coverage without having to rely on pre-installed ethernet cabling or without having to have the nodes connecting to each other over Wifi.

In theory this alleviates the normal pain points (especially in the UAE) of thick brick walls blocking Wifi signals and the existing home wiring being substandard, in the wrong parts of the room or even completely missing. 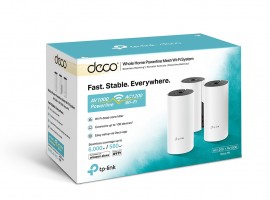 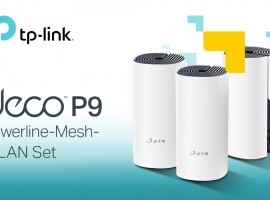 If you are looking for a solid Wifi system for your entire house, are unsure about your internal wiring or have internal walls which are very effective at blocking Wifi, or just want more flexibility in router / Wifi repeater placement than your ethernet cabling allows – check the TP-Link P9 system out. Speeds are impressive, setup and usability superb and the nodes are small enough to be hidden away on a shelf or in a cabinet. The cost of the system is very competitive at (it’s current Sharaf DG price) of 1099 AED. 100% recommended. (In fact – I don’t want to be giving this review system I’ve been testing for the last two weeks back!) 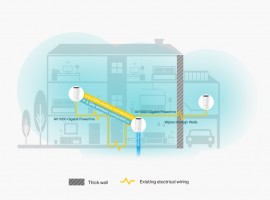 The TP-Link P9 system consists of three identical white cylinders which you place around the house. One sits next to your existing, ISP provided Wifi modem / router (the one with the yellow fiber optic cable going into it) and the other two you place around the house. The boxes are mid sized – not as small as the Linksys Velop boxes but smaller than the Netgear Orbis. They feel solid enough, have the power supply integrated so no extra power blocks required, and the system comes with a single, flat, 1m ethernet cable. The provided instruction booklet had a single very small page of English (which initially concerned me) but as it happened there’s a very good reason for that! And finally, there’s a light on the top which glows to give you the status of the box – and unlike some systems you can turn this off in the app on schedule so if you have a box in a bedroom you don’t have an annoyingly bright blue light to contend with. So far, so good!

This genuinely surprised me. I have configured other brand’s mesh Wifi networks for clients and they’re never quite as simple as they should be so went into this fully expecting a bit of a fight. How wrong was I!! Setup is a breeze – I was up and running in 5 minutes. First, download the TP-Link app (which isn’t the prettiest but is FAST – no lagging / waiting around for anything), create an account on it (they only require an email address, not your life history, again unlike some!) and then you’re ready to start. Simply plug the first of the TP-Link ‘boxes’ into your modem with the provided ethernet cable (either of the two ports will do), plug the box into a wall socket using the power cable and that’s it (the app tells you to plug directly into the wall – I am using a 4 way extender as I have no choice in my setup and it seems fine. You may get better internal speeds using the wall however I’m still getting decent speeds over powerline – not as good as ethernet but much better than trying to use Wifi as a backhaul). The light on top will glow yellow for a bit and then start flashing blue. Then just follow the prompts on the app and you’ll be up and running in no time. There’s no complex setup questions and it does everything itself. 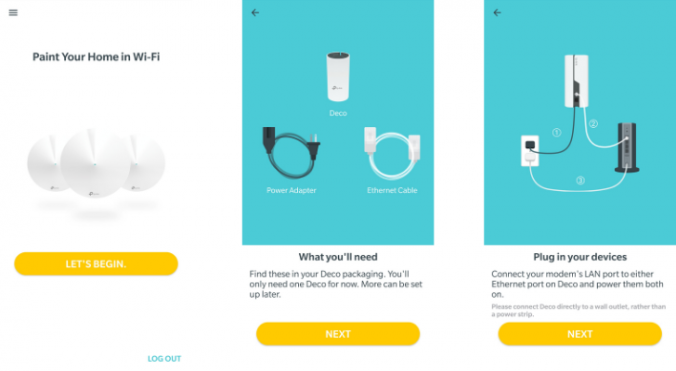 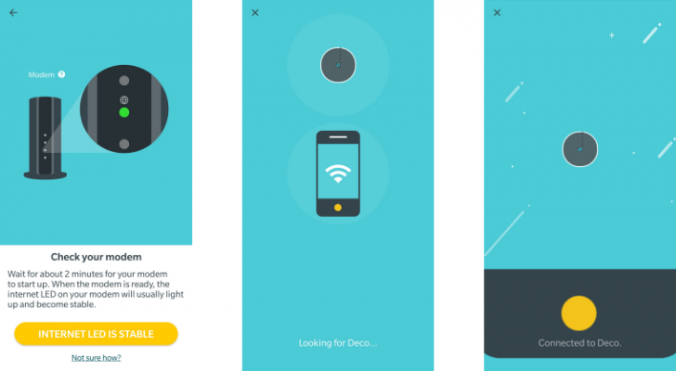 To add the extra Wifi points just plug them into a wall socket and add them on the app – this is honestly the best and easiest experience I’ve had setting up a Wifi mesh network. I’m pretty confident my mother (sorry mum!) could do it!

Devices connect quickly – Wifi strength is good. I have a high end D-Link router I normally use and this competes with it on range. Considering the D-link has 6 aerials, is three times the size and claims to be AC3200 I’m impressed. Speeds on Wifi are decent – I achieve 270 Mbps over Wifi from the main router (about 5 meters and two internal walls away). The powerline connected nodes I placed upstairs achieved about 80 Mbps, which considering the multiple power extension cables they have to run through, and that they are on different power rings is impressive. The nodes on the same ring downstairs (useful if you are trying to cover the ground floor of a house, or a larger apartment) achieved over 300Mbps. You can connect the various access points via ethernet too if you have wiring in place – so where you need a bit of extra speed you have that option. Connected via ethernet I get my full 500 Mbps speeds from the node (when located nearby). The app is more basic looking that some however in practice it has everything you need and none of the junk others have. Device prioritization (for gaming & streaming) is easy to set up, connected devices display well and it has a really simple parental control system for blocking categories of sites or individual websites. You can also turn off Wifi for certain devices on schedule if you would like. There are also some nice touches like being able to turn off the top light (handy if you have one in your bedroom) and decent parental controls and device prioritization. And it ‘just works’ (a rarity when it comes to Wifi mesh networks!!) The only features I’m missing are the ability to add a VPN client for connecting to work networks and more in-depth statistics on maximum bandwidth used however these shouldn’t affect the majority of users.

Should I buy it?

As above in my overall thoughts – this is a great system for people looking for a bit more flexibility than provided by their home’s ethernet wiring but wanting better speeds than provided by a pure mesh wifi network.

Where to buy the TP-Link P9 Wifi Mesh System 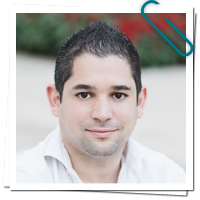 Adam is Club Media FZE’s COO & Head of IT. Alongside running all things technical at Club Media FZE – Adam helps individuals and small business with their IT and Audio Visual needs, either as a consultant or as an authorised retailer of some (very awesome) bit of kit. Adam has 10 years experience selling, installing and configuring Audio Visual kit (TVs, HiFis, Home Cinemas etc) from the UK and has since been working as an IT professional for 10 years in the UAE. If you need any advise on your home WiFi networks, want a Home Cinema or HiFi setup (or would just like help with your current setup!), or anything else IT or AV related drop him an email.